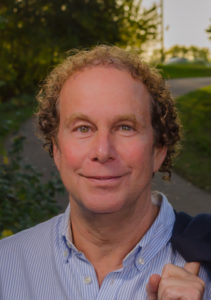 Dr. Michael Shapiro is board-certified in ophthalmology and is a fellowship-trained expert in corneal disease and corneal transplantation.

Michael B. Shapiro, M.D., M.S. is one of the co-founders of Anderson & Shapiro Eye Care. Dr. Shapiro is a former co-medical director and Chief of Refractive Surgery at TLC Wisconsin Laser Center.

He graduated Phi Beta Kappa from Emory University in Atlanta, Georgia in 1976, and then received his medical degree with honors from the Washington University School of Medicine in St. Louis, Missouri in 1980.

Following his internship training in San Diego, California, Dr. Shapiro completed his ophthalmology residency at the University of Wisconsin-Madison.

Following his residency, Dr. Shapiro completed fellowship training in corneal disease and corneal transplantation at the prestigious University of Iowa Department of Ophthalmology. Dr. Shapiro continued his education, receiving a Master’s Degree in Health Administration from the University of Wisconsin.

In 1985, Dr. Shapiro took over the practice of Dr. F.S. Davis at the Davis Duehr Eye Clinic, eventually becoming Chairman of the nationally renowned clinic in Madison, Wisconsin.  Dr. Shapiro specializes in cataract and corneal transplant surgery and pioneered refractive surgery in Wisconsin by establishing the Refractive Surgery Clinic with Dr. C. Joseph Anderson, having performed thousands of cases for the treatment of nearsightedness, farsightedness, and astigmatism.

He has been Chief of Ophthalmology at Adams County Memorial Hospital in Adams-Friendship, Wisconsin, and founded the Cataract Center at St Joseph’s Hospital in Hillsboro, Wisconsin where he developed the ground-breaking practice of co-managing eye surgical patients with optometrist, Dr. Jeff Clark.

Dr. Shapiro sincerely feels that every patient that he has been privileged to either restore their vision or protect their sight has been a highlight of his career.  Of course, performing LASIK on his 2 sons – Ross, who is now a Pilot Captain for a commercial airline, and Jacob, who is now an attorney who previously played golf for UW-Madison, have been special moments in his ophthalmologic career.

LASIK CENTER CATARACT CENTER GLAUCOMA CENTER CORNEA CENTER LIDS & LASHES CENTER
PATIENT FINANCING
REQUEST AN APPOINTMENT
Home About Doctors Services Contact
© Copyright 2021 Anderson & Shapiro Eye Care. All Rights Reserved. Ophthalmology website design by Glacial Multimedia.
The material contained on this site is for informational purposes only and is not intended to be a substitute for professional medical advice, diagnosis, or treatment.
Always seek the advice of your physician or other qualified health care provider.